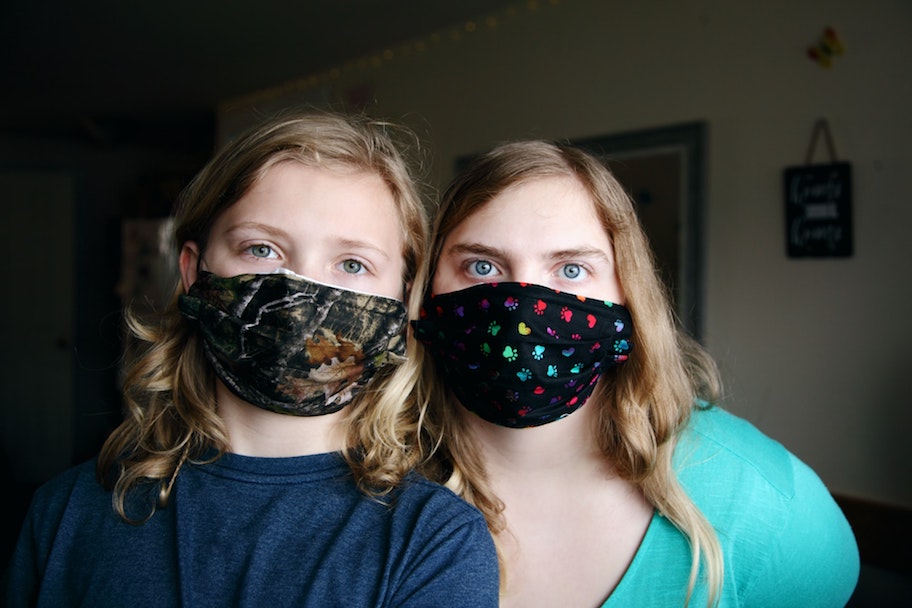 WHAT WE ARE MISSING IN THE ARGUMENTS ABOUT MASKS IN SCHOOLS Hint: It isn’t about masks or politics

In an interview with Dr. Robert Reiher, PhD., Founder of FutureWise

One day not long after the world tilted drastically on 9/11, I was preparing to board a plane. I had shoes and keys in my hands, waiting to head through a security screening, when a TSA agent motioned me aside. For a second I thought that they somehow knew about my unpaid parking ticket, so I was now considered a security threat, but the agent explained that random bomb residue checks had become part of a more effective safety protocol. As he swabbed my hands, I said, “Thanks for doing what you do.”

A long, rather hang-dog face stared back at me, frozen. Then it cracked, and he broke into boisterous laughter, yelling across the security gates to his buddy. “Hey Jack, we actually have someone who appreciates us instead of thinking we’re going to sell their DNA!” I mumbled something about not considering my DNA that valuable, but the reality was that my father had been a pilot, and I remember him saying that most of the battle against tragedy takes place on the ground with people who are paying attention. Even today I remember the comfort I felt when, right after the Lockerbie bombing, I walked all the way across Heathrow Airport, through a gauntlet of British soldiers with machine guns. I am a person who is comforted when others are prepared and paying attention.

As this nation grapples with a frightening, unfurling pandemic, the lesson I am just now learning, is why many people became more anxious when scanners were required at airports after 911, when schools transitioned to fenced campuses after Columbine, or even when the requirement to wear a mask at school during a pandemic.

What’s Really Under the Hood?

In the midst of a summer meant as a break from lists of passwords and fights over math problems, school “reentry committees,” composed of parents and school administrators, steamed with cries of “civil rights violations!” and “Constitutional rights!”  Protests from small but explosive groups could consume an entire hour, raging against wearing protective masks at school. “I just try to keep my head down,” one mother told me. “There is no logic here, no science. I tried to stand up and say, ‘All we are talking about is safety and a little piece of cloth,’ and the uproar was phenomenal!”

Though most agree that parents who are anti-mask are not in the majority, one wonders how this issue differs in their minds from wearing seatbelts or having their family screened at airports.  In my confusion, I sat down with Dr. Robert Reiher, PhD, a developmental and media psychologist who has studied both human ‘drivers’ of emotions, and the effects of media on the brain.

J.D.: Why do you think this fight over masks is so vehement?

DR. REIHER: We are forgetting about the recent changes in the psychological and emotional state of many people right now. According to Self-Determination Theory, there are three basic drivers of human behavior:  autonomy, competence, and relatedness. All three of these motivators are being increasingly threatened right now by our chaotic and rapidly changing world, so rational and more conscious thinking  can go out the window. The amygdala portion of the brain, the part that fires out of fear, can also respond to the increasing fear through anger. When all three drivers are under threat, sometimes rage feels better than fear or anxiety, and it helps to recreate a sense of autonomy and control.

J.D.: So are you saying that anger can actually feel more powerful than anxiety, even if it is focused on something that protects us?

DR. REIHER: Yes, but the interplay of the three drivers can be even more subtle than that.  For example, if someone experiences a loss of freedom and autonomy as a result of lifestyle restrictions, home quarantine, and increasing safety issues, their changing levels of uncertainty can significantly increase their anxiety. But if that same person can depend on their thinking competence, such as their ability to filter true vs. false information, or cognitive skills that help them reduce anxiety, or help them qualify for a different job after a layoff, then they can tamper that fear a bit.

J.D.: Which is why knowing how to separate fact from opinion, self-reflect about emotions, and problem solve.  If you can’t analyze the world around you or your negative thoughts, then you just sit in a kettle of anxiety.

DR. REIHER:  Exactly. On the other hand, if a person has not developed the critical cognitive thinking skills for understanding incoming information, nor the confidence in their ability to learn new skills, then anxiety or fear can escalate. This is not saying that people consciously know that this is what is going on with them, but the new reality is that we’re in control of very little in this storm safety and economic upheavals.

“As the underlying human drivers are stripped from us, they then start motivating erratic choices.”

J.D.:  We sometimes do not understand how important being able to control what happens to us really until it happens.

DR. REIHER: Now add the loss of relatedness to the loss of autonomy and competence. Then, in the face of a pandemic, no close contact with your support group. You’ve lost of deeper, more personal communication, because 80 percent of that level of communication depends on interactive body language and facial expressions.  If you have loved ones who could be in danger, but you are not allowed to see them, this is even more frightening. This sudden, radical reduction of effectively meeting our human needs through all three of our drivers (autonomy, competence, relatedness)  can have a significant impact on anyone today.

J.D.: Are you saying that all that anxiety, loss of control, confusion about what to do, and loneliness, can funnel toward something like your kid being required to wear a mask to keep everyone safe?

DR. REIHER: For some people, yes. As the underlying human drivers are stripped from us, they then start motivating erratic choices.  Projecting that anxiety and anger outward, even toward a safety device like a cloth mask, can make us feel like we’ve recaptured our autonomy, competence, and relatedness. In reality, these are erratic substitutions for what we have lost. Yet, this effect is understandable right now.

Hopefully, from a still rational point of view, I reminded myself that safety is the first rule in schools, and since science isn’t sorcery, the only answer is to hold strong to information from valid scientific sources. That will always be evolving because this virus is a new creature, so we must stay vigilante. Perhaps then we can try to do the following in order to heal together and form wise plans:

1. Empathize. Even if you cannot understand a person’s reasoning, you can find a place in your heart that empathizes with their situation. There is power in saying, “It is scary to have to explain to your child why masks are required in school right now.” Then just stop and listen. Sometimes, this kind of recognition of feelings is all that a parent needs at the moment.

2. Stay updated on facts. Conscious parents, which I am sure you are if you found this website, need to be ready with the latest facts, not opinions, about masks or returning to school. This does not mean you should get into a dueling argument over which facts are valid. It means you are ready to make a wise decision for your family, and to publicly state it in case officials are listening. As an educator, I narrow my fact field to the CDC (official), Johns Hopkins, Harvard, Princeton, and any of the top 10 researchers in epidemiology.  Tips include using studies with lots of data from major universities, and published in historical, science, or psychological journals.

In adult conversations, if someone compares your researched facts to their collection of facts that originated in social media or a political site, avoid ‘fact fighting.’ Worse, addressing a finding you know is invalid just morphs into a re-creation of two four-year-old kids yelling “Na ah!”, “Na ah!” until one of them throws a punch. Remember, facts reside in logic, but for some people who are experiencing what Dr. Reiher describes, facts are just more confusing. Save your facts for the decision makers in charge.

3. Know that your power lies in your ability to come up with innovative ways to support the decision you think is best for your children. By using your ability to decipher high validity facts, you depend on the competence you have developed to solve problems for your family. Role modeling how to develop critical thinking is incredibly valuable to your kids.